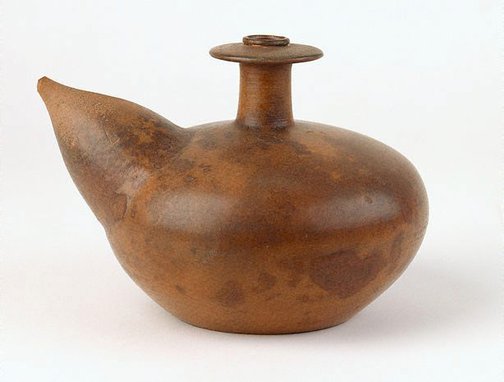 This earthenware kendi probably dates to the Majapahit period. The kendi appears to have been developed from a form of Indian water container called the 'kundika'. However, this type of vessel was being produced in China, primarily for export, from as early as the Tang and Song periods. The main characteristics of the kendi are its round body with an opening at the elongated neck and a prominent tubular or bulbous spout. Generally it was used as a drinking vessel, and it is most likely that this example would have served such a practical function. However it is also probable that more decorated examples may have served a ritualistic purpose, for example for bathing or serving water to the deities.