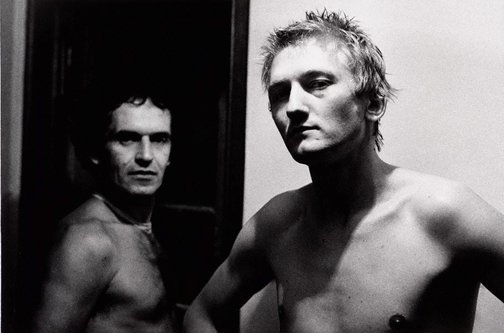 Carol Jerrems’s photographs are emblematic of a particular moment in Australia, that of 1970s counterculture optimism. From her first exhibition in 1971, Jerrems’s career spanned just nine years to her early death in 1980. Much of her work between 1972 and 1978 captures friends, intimates, colleagues, all invariably young – often artists, actors and musicians – and the freedoms and anxieties of their less restricted lifestyles. Jerrems’s work emerged from her strong commitment to feminism and broader social change. As she states ‘I really like people … I try to reveal something about people, because they are so separate, so isolated; maybe it’s a way of bringing people together, by showing them photographs of each other, a sort of communication.’1

Much of Jerrems’s photography is a reaction against the kind of photojournalism that exploits its subjects by taking pictures without permission. Like other Australian feminist photographers of the 1970s, such as Micky Allan and Sue Ford, Jerrems subverted this approach by working in a collaborative mode, seeking consent and sometimes intervening by deliberately staging the photograph.

‘Cronulla’ depicts two shirtless men in a nondescript room. The two men stare directly at the camera, defiant in both gaze and posture, as if confronting someone who has disturbed a moment of private intimacy. The sense of unease is enhanced by close cropping - the men dominate the frame, implicating the viewer in the act of looking. The photograph appears spontaneous, but in actuality Jerrems positioned the two men in a contrived situation meant to suggest a homoerotic encounter. From 1975 Jerrems began to increasingly cast her friends in a number of situations, thus questioning the relationship between photography and truth. Friends like Esben Storm and Dusan Werner, ‘Cronulla’s’ subjects, became adept at projecting a certain image. This is particularly true of Storm, who was Jerrems’s long term boyfriend and reappears throughout her work in a number of roles.

© Ken and Estate of Lance Jerrems

Judy Annear, From the street: photographs from the collection, Sydney, 1996, (illus.). no catalogue numbers

Browse other works by Carol Jerrems