Prisoners of Gaul delivered up to the beasts 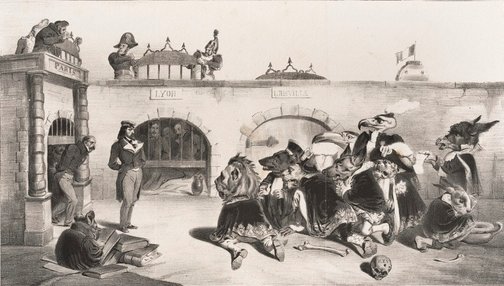 Grandville’s political satires contain a strong element of fantasy and often feature animals dressed as humans. The subject of this print was inspired by the workers’ uprising in Lyons in 1834. The rioting soon spread to Paris and over 100 people were arrested and imprisoned. They became known as the April Insurgents. Here Grandville presents himself in the place of an insurgent facing an absurd bench of judges.

Jean-Jacques Grandville
Prisoners of Gaul delivered up to the beasts

Browse other works by Jean-Jacques Grandville 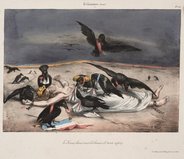 Jean-Jacques Grandville
Eugene Hippolyte ForestFrance delivered up to every kind of carrion ... 1831487.1988