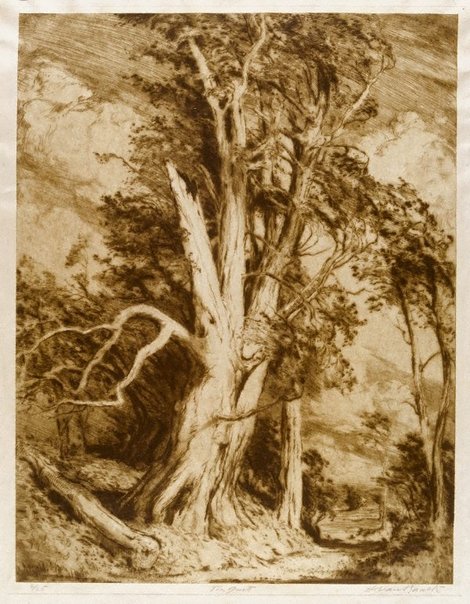 Henri van Raalte was born in London of Dutch descent and studied at St Johns Wood School of Art and at the Royal Academy Schools, London under John Singer Sargent, Herbert Dicksee and George Clausen. He exhibited at the Royal Academy from 1901 and in the same year became an Associate of the Royal Society of Painter-Etchers. His etching 'The boatbuilder's shop, Rye' (in the Gallery's collection) was illustrated in Charles Holme's 'Modern etching and engraving' published by 'The Studio' in 1902. Van Raalte emigrated to Australia in 1910, initially settling in Perth where he taught art and produced a series of expressive and distinctive drypoints of Australian rural life and landscape featuring gum trees, which established his reputation as a major Australian printmaker. Lionel Lindsay wrote the first article on his work for 'Art in Australia' in 1918. Van Raalte moved to Adelaide to take up the curatorship of the Art Gallery of South Australia in 1921, but resigned over difficulties with the Gallery's trustees in 1925. In South Australia he produced some of his finest prints, particularly in aquatint.