The past, the present, the future 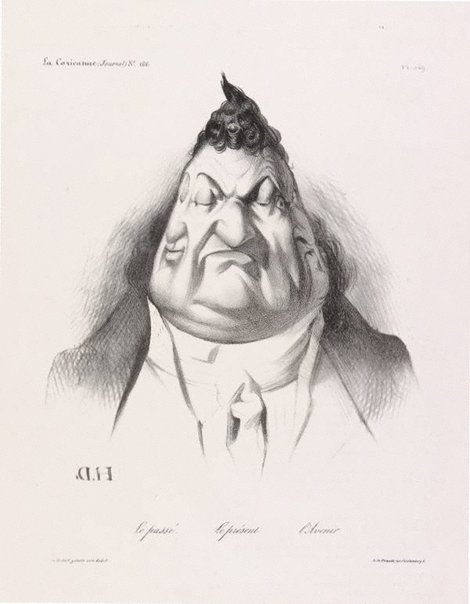 The enduring image of King Louis-Philippe as a pear was invented by Charles Philipon but it was Daumier who employed it most brilliantly in many of his prints. The image alluded to the Citizen King’s jowly face and corpulent figure, and to the double meaning of the French word ‘poire’, signifying both ‘pear’ and ‘imbecile’. Here the expressions on a three-faced pear change from a smile to a malevolent scowl.

Honoré Daumier
The past, the present, the future

Browse other works by Honoré Daumier