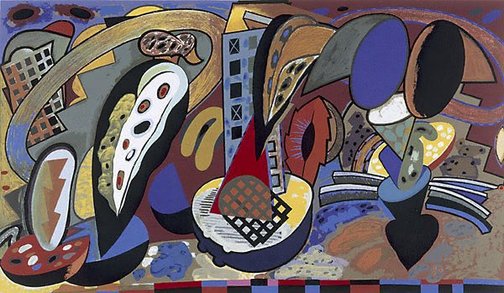 Alun Leach-Jones was born in Lancashire and grew up in North Wales. He studied part-time at the Liverpool College of Art 1955-57 and arrived in Australia in 1960, settling in Adelaide. He studied printmaking, particularly lithography, under Udo Sellbach at the South Australian School of Art 1960-63. He joined the South Australian Graphic Society, the first society in the state devoted to prints which was formed in December 1961 with Udo Sellbach as Treasurer and Barbara Hanrahan as President. A colour lithograph, 'Flowering cactus number 11', was included in the touring 'Australian print survey' 1963-64; he stopped making lithographs in 1964.

Leach-Jones returned to the UK that year and became a member of the Institute of Contemporary Art in London. Artists' screenprints were attracting much attention at this time; the ICA published a portfolio of 24 screenprints that year through the Kelpra Studio. After a period of travel in Europe, Leach-Jones began making screenprints in 1966, influenced by the prints of British pop artists Patrick Caulfield and Eduardo Paolozzi, whom he met in London. He returned to in Melbourne in 1966, and met Larry Rawling, then an apprentice screenprinter; Rawling later set up a studio making artists' screenprints; he has printed for Leach-Jones since that time. Leach-Jones has also made etchings since 1979 and linocuts since 1983. 'City life no. 2' used approximately 72 colours, and was printed over a period of eight months by Leach-Jones and Larry Rawling.

"In printmaking I find that my focus is narrowed to the technical possibilities and how they can be broadened. This involvement in technique can often take pressure off one's conceptual thinking. If I feel circumscribed by painting problems, it can be a relief to turn my attention to printmaking, introduce another idea and allow the process itself to guide me to an end result". (Janine Burke, 'Alun Leach-Jones', Imprint number 1, 1976 pg. 2-3)

Browse other works by Alun Leach-Jones 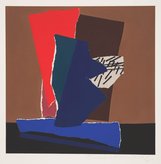 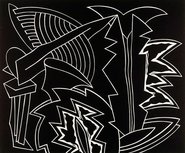 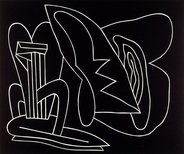 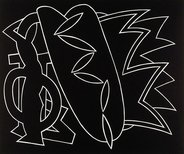 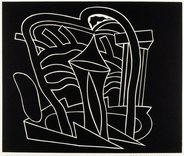