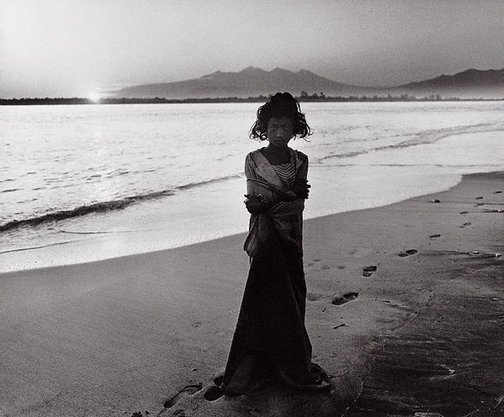 Jon Lewis came to Australia with his family in 1951 and he has been exhibiting since the mid 1970s. He has worked in film, television, and magazines and founded Greenpeace in Australia in 1978. Lewis’ first major exhibition of photographs was in the mid 1980s when he documented those he found on Bondi beach. He then completed a major body of work in Indonesia of which ‘Sasak girl at dawn, Lombok’ is one. Lewis then spent some years living and working in Paris. More recently he has documented the people of East Timor.

Lewis is a classic documentarian, working mainly in black and white. His finely produced prints usually position his subject centre stage as in ‘Sasak girl’. Unlike Lewis’ earlier Bondi subjects, the photographs taken in Indonesia reveal a certain distance between himself and his subjects. While this tentativeness disappears in Lewis’ later work it is a disarming feature. ‘Sasak girl’ has a remarkable presence. Standing on the empty beach at dawn with the sun rising in the distance, the girl’s eyes show no fear as she confronts the photographer. Draped in cloth like a classical statue, her arms crossed she is a force to be reckoned with. That she stands in the path of the footprints moving out of frame adds to the strangeness of this image. Her appearance seems barely real and yet communicates the experience of meeting the unfamiliar both for the subject as well as the photographer.

Browse other works by Jon Lewis 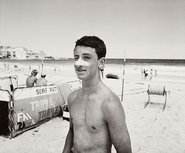 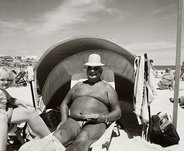 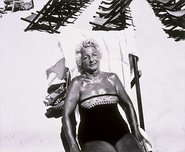 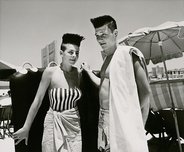 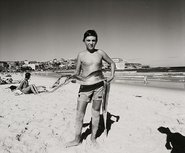 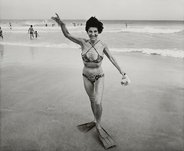 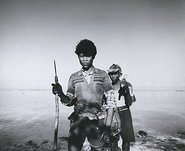