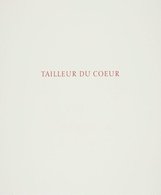 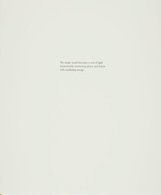 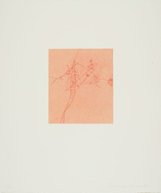 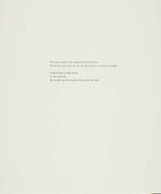 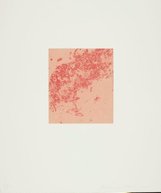 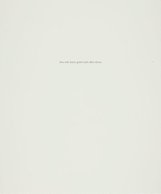 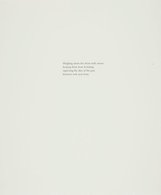 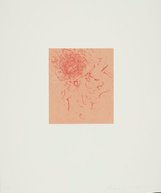 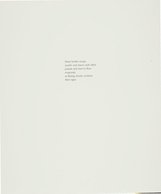 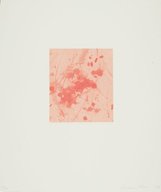 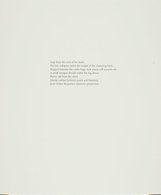 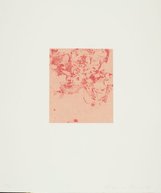 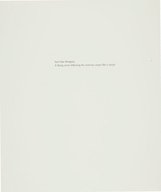 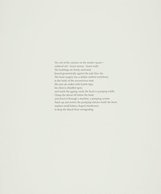 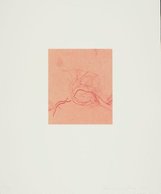 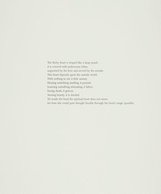 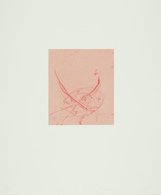 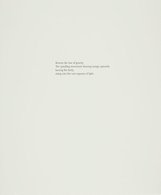 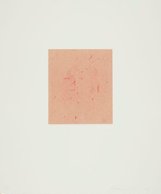 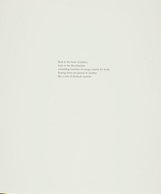 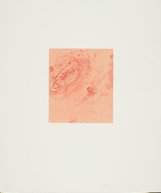 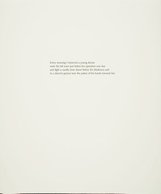 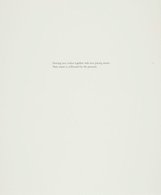 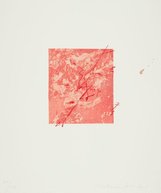 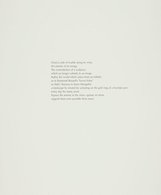 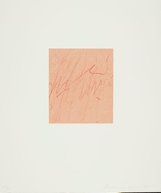 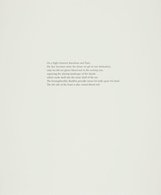 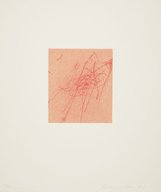 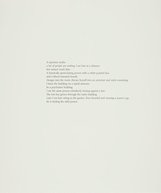 Rebecca Horn is one of the most influential post War artists after her mentor Joseph Beuys. Her work spans feature length films, sculpture and installation to drawing and performance. There is a language that connects all these forms of expression and this set of subtle prints captures something of this language. Like her contemporary Anselm Kiefer she has a fascination with the struggle of consciousness to grasp the nature of existing between the world of ideas and our sensations of the material world. You could say this is the core issue for most philosophy from the Upanishads to Plato and on to Heidegger. The plastic arts have however become a significant site for pushing these perennial problems forward and making them concrete and experiential rather than purely theoretical.

This inquiry in her work is pretty much intuitive and often takes the form of a difficult relation to space as for example in the performances she documented in the 1970s which we hold in the collection. In these she made sculptural extensions for her body such as wings, helmets, and notably grotesquely extended fingers about a meter long with which she tried to pick up objects and navigate the room. There is an awkward scrabbling that heightens the distance between mind and matter. In her films a blind man taps his way through the actions feeling space that he can not see. These difficult examples of being in the world are metaphors for the tenuous grasp mind has over matter.

'Pendulum with emu egg' 1987-94 in our collection has a similar relation to the white stick but as with many of her sculptures the feeling it implies becomes quite sexual. The (male) javelin shaped pendulum swings past the (female) egg at first seemingly threatening to smash it but as it slows and almost touches the egg it becomes a caress. She is also known for her multiple jointed mechanical pendulums which scratch out drawings on paper placed on the floor. Again the drawings seem to be blindly groping to capture meaning.

'Tailleur du Coeur' includes twelve etchings that equate to exactly this kind of scrabbling and sixteen short texts that sometimes seem to be instructions for bodily engagement and sometimes just describe some sensual encounter between objects and or body parts and the world beyond. In some of the etchings there is a sense of staining of chance markings accumulated over time. Taken together this is an invitation to stop and enjoy our sensations of being. Unlike the severe philosophical traditions that place sensory knowing at the bottom of a hierarchy this work urges us to acknowledge the fundamental importance of being or becoming sensate in the material world.

The texts work as parallel poems to the prints for example:
‘The magic wand becomes a rod of light miraculously connecting above and below with oscillating energy’
Or
‘Weighing down the shoes with stones keeping them from levitating squeezing the skin of the past between rock and stone’
Or
‘Two soft stones grind each other down’

These texts seem to be utterly appropriate for the narrative of bodily and spiritual accommodation enacted in the artist’s objects and drawings.