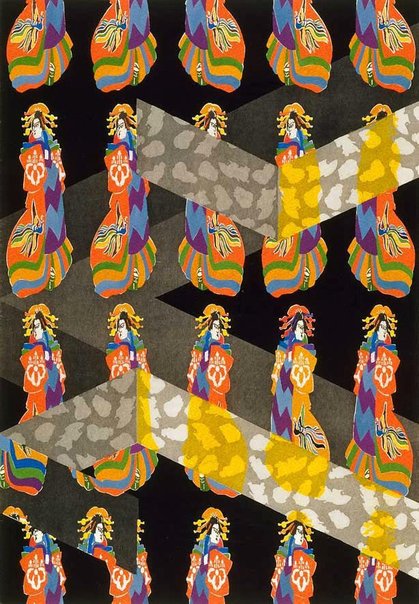 Agemaki was a leading courtesan in the Yoshiwara gay quarters of Edo (the old name for Tokyo) during the Edo period (1615-1867). She has been immortalised in the one-act Kabuki play Sukeroku, the name of the most famous dandy of Edo and the hero of Edo townsmen. Sukeroku and an evil samurai, the bearded Ikyu, contend over Agemaki in a comic and emotive play that is one of the so-called Kabuki Eighteen Favourites which were selected by the famous Danjuro line of actors. Typical of a high-ranking courtesan of the Yoshiwara district, Agemaki has an elaborate hairstyle and wears her obi tied at the front.

Takahashi was born in Kanagawa were he still lives. He was educated at Nihon University.

Browse other works by TAKAHASHI Hiromitsu