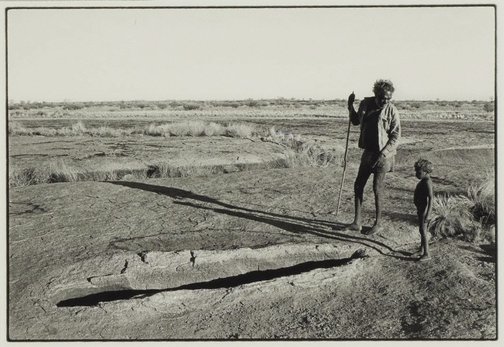 Jon Rhodes was born in Wagga Wagga and lives in Thora northern NSW. He was recipient of an HC Coombs creative arts fellowship at the Australian National University Canberra in 2006 where he researched the history of all the places he had photographed in preparation for a book, ‘Cage of ghosts’, forthcoming. He has been exhibiting since 1976 and his work is held in all major Australian collections and internationally at the J Paul Getty Museum, Los Angeles.

Rhodes is known for his distinctive sequencing of single images in order to record movement, the passing of time and change. Catherine de Lorenzo has written that Rhodes’s work is ‘…inspired and informed by Aboriginal spirituality and custom,’ …and he has ‘invented a new visual strategy that articulates his evolving insights into a different cosmology.’ Rhodes arranges images that seem to take the viewer either toward or away from a particular place, usually of Aboriginal significance.

Browse other works by Jon Rhodes