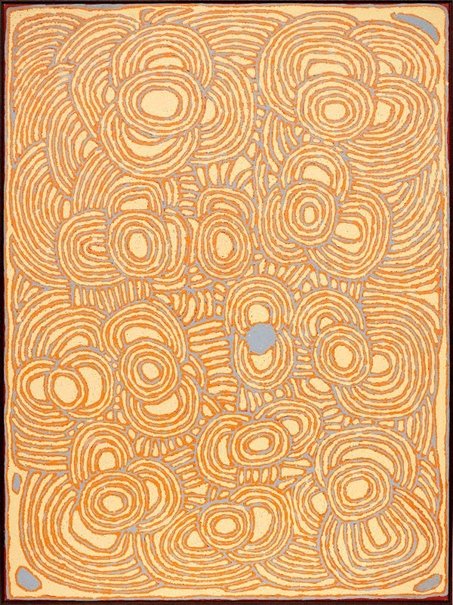 Josephine Napurrula was born near a rockhole site where the Tjukurla community was later established. She walked to Ikuntji (Haasts Bluff) with a large group of people as a young girl. Napurrula moved between Haasts Bluff and Papunya with her family before later settling in Walungurru (Kintore). She has been painting consistently for Papunya Tula Artists for the last decade.

Browse other works by Josephine Napurrula