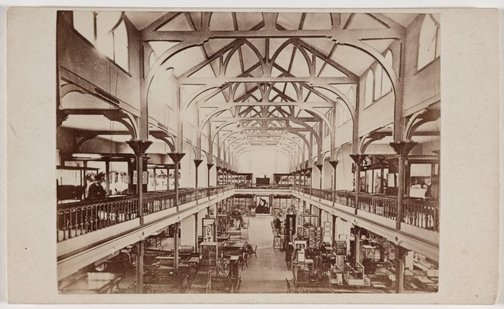 This carte de visite depicts the interior of the National Museum of Victoria, then situated in Melbourne University.