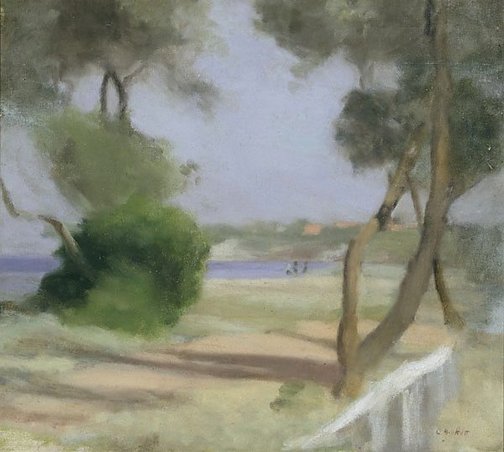 "Remarkable for its originality and character, Clarice Beckett's art demonstrates that almost anything ... even a commonplace piece of roadway, when accurately seen, may be as beautiful as anything else. Can art go further that that?"
Percy Leason

A student at Melbourne's National Gallery School under Frederick McCubbin, Clarice Beckett came under the influence of the theories of tonal realism advanced by Max Meldrum and his advocates, who included Percy Leason, William Frater, Colin Colahan and A.M.E. Bale.

Her celebration of suburban life turned commonplace subjects such as passing trams, motor cars and rows of telegraph poles into evocative images which captured the mood and atmospheric nuances of fog-bound streets and the vapour of steam rising from a searing, tarred roadway.

Like her Sydney counterparts, Grace Cossington Smith and Margaret Preston, Beckett saw in the surrounds of Beaumaris, where she lived and worked from 1919 until her premature death, a particular beauty in her urban environment. She remained unmarried, as did Grace Cossington Smith, concentrating instead on her development as a painter, and the responsibility of caring for her elderly parents.

oil on canvas on paperboard

Browse other works by Clarice Beckett 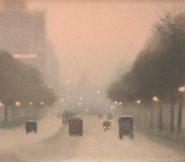