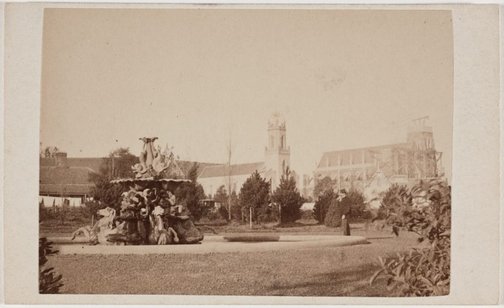 St Peter's Church, Eastern Hill and St Patrick's Cathedral, both located in Melbourne, are visible in the background of this carte de visite.