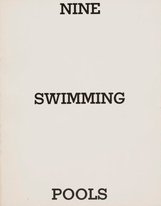 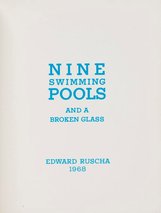 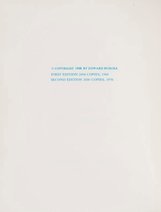 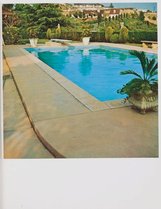 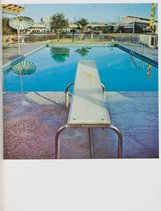 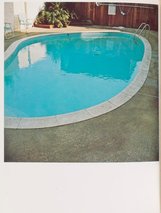 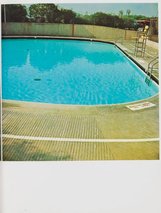 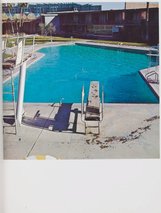 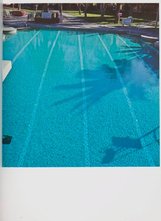 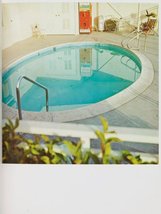 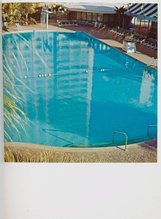 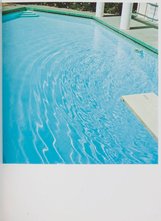 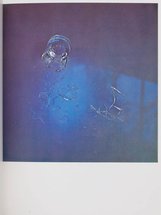 Born in Nebraska in 1937 Ed Ruscha grew up in the mid-west city of Oklahoma. Following an early interest in cartooning, Ruscha pursued a career in commercial art, heading west to Los Angeles to enrol at the Chouinard Art Institute in 1956. During this period of study he also undertook a short apprenticeship in type-setting and at the completion of his studies in 1960 worked as a graphic artist in an advertising agency. Exposed to and encouraged by the work of Jasper Johns, Robert Rauschenberg and Roy Lichtenstein, Ruscha dedicated himself to painting. In 1962 his work featured alongside that of Andy Warhol and Lichtenstein in ‘New painting of common objects’ a survey show that captured the emergence of the pop art scene.

Although he considers himself primarily a painter, Ruscha has worked across a variety of mediums – printmaker, draftsman, photographer, film-maker, book-maker. His series of photographic artist books which began in 1962 with ‘Twentysix gasoline stations’ were incredibly popular upon release and remain highly influential. The majority of these books reflect his visual engagement with the banal spectacle of Los Angeles – a city he has described in as “the ultimate card-board cut out town” [‘A conversation with Edward Ruscha’, R Landau & J Pashdag from ‘Leave any information at the signal’ MIT Press 2004 p244]. With his ‘no-style’ photography Ruscha has documented the milieu of gas stations, hotel swimming pools, apartments, parking lots and the ‘strip’ of iconic Sunset Boulevard, delivering deadpan images to match predetermined book titles that are as bold as they are bland. His laid-back factual photography and choice of book format was a considered element. The flatness of the page directs our eyes to consider the graphic qualities of his subject, the busy yet blank facades of the Los Angeles environment.

‘Twentysix gasoline stations’ documents the environment between LA and Oklahoma on Route 66 which Ruscha was driving back and forth along several times a year in the early 1960s. ‘Various small fires and milk’ brings together, in rigorous fashion, a highly selective number of images which could be to do with playing with fire. ‘Every building on Sunset strip’ eschewed choice altogether through the documentation of each building of the infamous ‘strip’ and its presentation as a continuous (paper) façade. ‘Thirtyfour parking lots…’ was made with a professional photographer taking the aerial views creating images which celebrated the flatness of photography. ‘Royal road test’ documents the throwing of a typewriter from a moving car and the aftermath. ‘Nine swimming pools…’ and ‘Real estate opportunities’ continue the ideas begun in ‘Twentysix gasoline stations’, ‘Every building…’ and ‘Thirtyfour parking lots’ where the very ordinariness of LA is celebrated.

Browse other works by Edward Ruscha 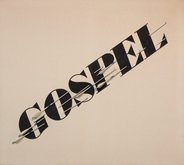