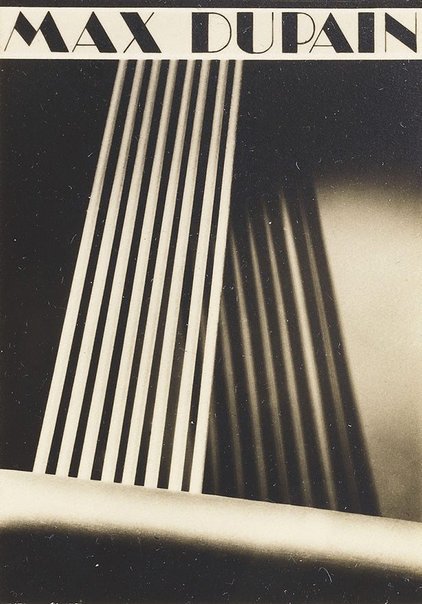 Max Dupain began his photographic career at the age of 19 when he joined Cecil Bostock's studio. By 1935 he was recognized as Australia's leading modernist photographer and was vociferous in his reaction against Pictorialism in photography which was still current locally. Dupain spent his life working as a commercial photographer and was extremely prolific. His early experiments (he was the first in Australia to write about Man Ray) with both surrealism and photography incorporating Bauhaus principles meant that the 1930s were highly creative years. Dupain's post- war work is known, in the main, for his embrace of photo-documentary and realism yet he did not ever leave his early interests behind as is evident in his late, highly symbolic, work.

Dupain clearly enjoyed creating frontispieces and photo-designs most especially in the 1930s. Possibly this is due to his early apprenticeship with Cecil Bostock who was as good a designer as he was a photographer.