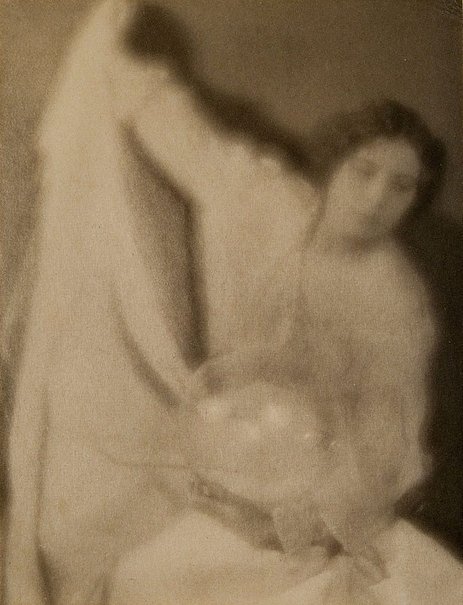 Alfred Stieglitz was the most influential figure in American photography in the first half of the 20th century. Through his varied guises as writer, publisher, gallery owner and patron, he promoted photography as one of the great art forms of the modern age and situated it within broader debates about the contemporary visual arts. In 1905 he opened gallery 291, the first private gallery primarily devoted to photography and the first to introduce the medium to the modern art market. Stieglitz also disseminated ideas to do with pictorialism and subsequently modernism through his beautifully produced publication ‘Camera Work’ (1903–17). Clarence H White met Stieglitz in 1898 and in 1902 he became one of the founding members, with Stieglitz, of the Photo-Secessionists – a group which promoted the idea of photography as art and disassociated its practices from the sole domain of amateur clubs and societies. White himself also established a key institution of American photography, opening the first school of pictorialism in New York in 1914 which continued until 1942.

In ‘Camera Work’ in 1909 Stieglitz published in fine photogravure form some photographic experiments which he had undertaken with White in 1907. These had come after discussions with artists who believed that the camera did not have the same expressive potential as painting. Resulting works such as ‘Torso’ (AGNSW collection) show the artists’ response through symbolic referents, portraying the body through a subtle evocation of light to enhance a mood of sensual contemplation. The photographers similarly elaborate on the symbolist iconography of ‘Experiment 28 (lady with crystal ball in hand)’ to infer a mood of mysticism, activating the blurred effects of white light against a shadowed background to envelope the subject in a dream-like ambience.

© Alfred Stieglitz. Courtesy Georgia O'Keeffe Foundation. Permission to print this image has been withheld by the copyright owner

Browse other works by Alfred Stieglitz