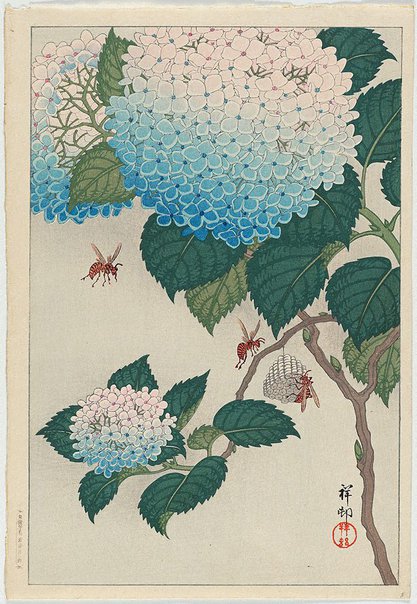 Ohara Shôson was an establishment Japanese-style painter who had studied under Suzuki Kason. Shôson also used the name Koson from around 1910 until 1912. It is said that he was encouraged by the famous American scholar and collector of Japanese art Ernest Fenollosa (1853-1908) to design for prints for export.

Most of Shôson's designs fall into the conventional 'flower and bird' genre. He never dated his work, but as he began designing for Watanabe Shôzaburô from 1926, this print is made in or after that year.

Browse other works by OHARA Shôson