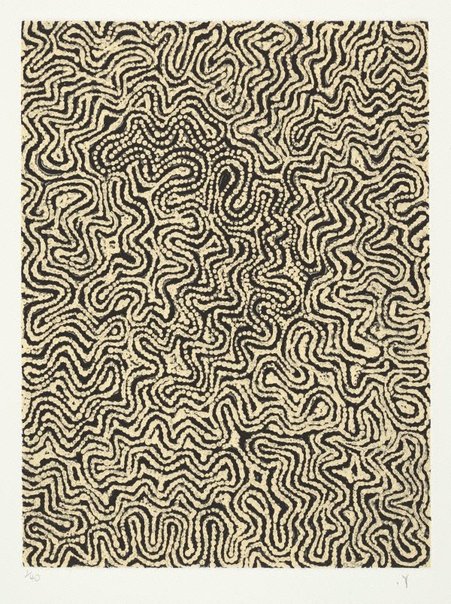 This etching depicts designs associated with Yunala, a rockhole and soakage water site situated among sandhills just to the west of the Kiwirrkura community in Western Australia. During ancestral times a group of women camped at this site after travelling from further west. While at Yunala the women camped beside the rockhole, digging for the edible roots of the bush banana or silky pear vine Marsdenia australis, also known as yunala. The sinuous lines in the work represent the yunala tubers growing beneath the ground. The women later continued their travels towards the east, passing through Marrapinti, Ngaminya and Wirrulnga on their way to Wilkinkarra (Lake Mackay).