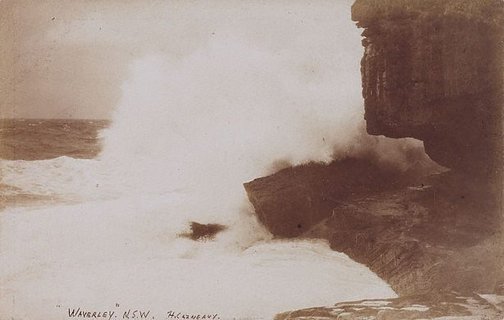 The Cazneaux family settled in Australia in 1886 where Harold's father worked as a camera operator at Freeman's in Sydney and Hammer & Co. in Adelaide. Harold began his working life as an artist-retoucher at Hammer's at the age of 17. Cazneaux studied art at night under H.P. Gill and would have seen the work of John Kauffmann and other early pictorialists at the exhibitions of the SA Photographic Society between 1898-1903. In 1904 he moved to Sydney to work at Freeman's. He was introduced to the NSW Photographic Society by Norman Deck in 1907. Cazneaux held a solo show of his work in 1909 which was highly praised and at this time he made the acquaintance of Sydney Ure Smith who invited Cazneaux to be the official photographer of 'The Home' magazine in 1920. 'The Home' was the promoter and arbiter of all things modern in Sydney society through the 1920s and 30s. Cazneaux formed, with other Sydney photographers, the Sydney Camera Circle, in 1916 in order to develop an Australian interpretation of Pictorialism and art photography. Cazneaux excelled at the incorporation of Australian light regardless of the genre he worked with and various images such as 'The Surf Wheel', 'Spirit of Endurance' or 'The Bamboo Blind' have become icons of Australian photography.