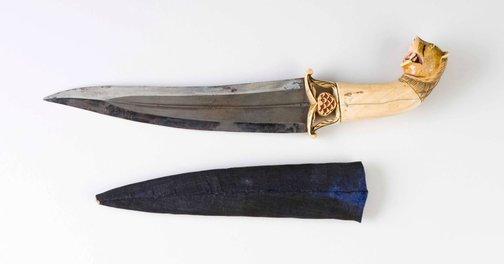 According to Stuart Carey Welch, both Mughal armourers and jewellers collaborated to produce weapons. Blades of various shapes and sizes are an integral feature of the costume of Mughal and Rajput men. Inspection of Indian miniature paintings shows the Emperor, as well as any accompanying soldier wearing a dagger tucked into his waistband. They were also received as gifts at the imperial court, used in traditional Indian warfare and formed an integral part of royal attire.