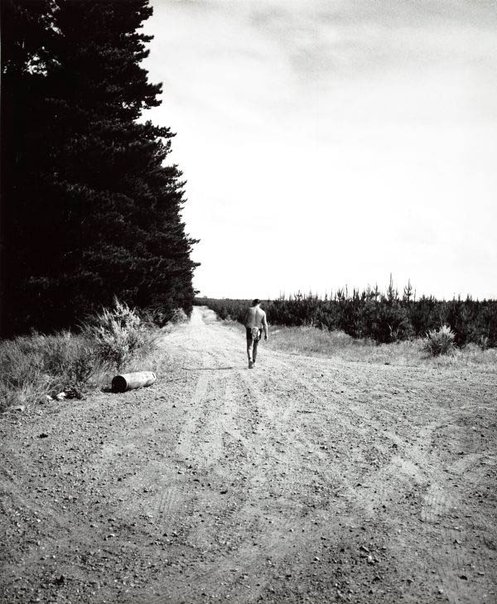 Janina Green was born in Essen, Germany as the Second World War was drawing to a close. Her parents were living in a Displaced Person’s camp when they made the decision to move to the Latrobe Valley in Victoria. From a young age Green was keenly aware of the fractured nature of her identity and it has been an important contributing factor in the development of her body of work over the intervening decades. Green’s formal education came through the study of Fine Arts at Melbourne University and Victoria College, Prahran. She then went on to complete a Diploma of Art, majoring in print making at the Royal Melbourne Institute of Technology.

Green’s experiences made her understand identity as a fluid and dynamic concept, which is conveyed powerfully in her work (her identity as an immigrant, a woman and an artist). In each of the three photographs, Thornbury, Morwell and from the Dummies series, the figures are not easily categorised. Thornbury, a nude self-portrait in which Green has softened and blurred the focus so as to make her own figure almost unrecognisable was influenced by the ambiguous work of the Japanese pictorialist Yasuzo Nojima.

In Morwell the figure is turned away from the camera and in from the Dummies series the human figure is replaced by dolls. Time and again Green deliberately obfuscates a recognisable identity in the figures that she images. Her work explores the notion of self, its construction and mutability.

Browse other works by Janina Green