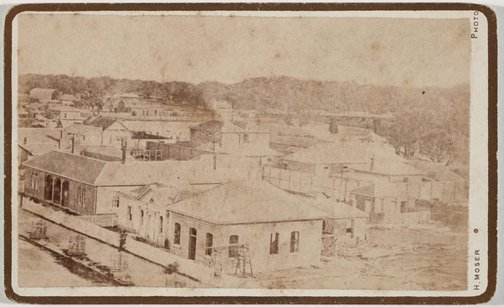 Herman Moser was a professional photographer and jeweller. Born in Germany, he immigrated to Australia with his family in 1848 and settled in South Australia. In the late 1850s he established himself as a jeweller in the gold-mining town of Ballarat and by 1866 was running a photographic studio. Moser was commissioned to take views of Ballarat for exhibition at the Melbourne Intercolonial Exhibition. He showed photographs at the Vienna and London exhibitions of 1873, which were awarded a gold medal at the latter. In 1876 Moser gave up his photographic business for farming.

Browse other works by Herman Moser