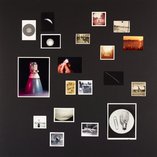 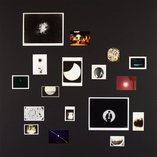 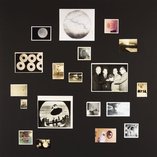 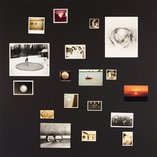 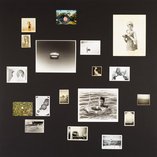 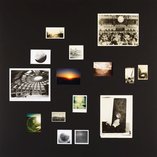 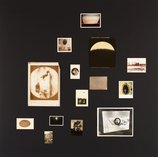 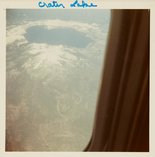 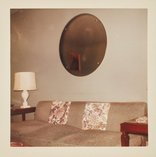 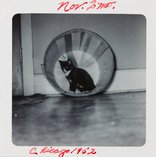 Melbourne-based artist Patrick Pound’s practice is an extended investigation into the process and logic of collecting as well as the generative possibilities for poetic association that lie dormant within the archive. Himself an avid collector, Pound groups and arranges found objects and images according to esoteric thematic parameters, such as ‘air’ or ‘space’. The collections he presents function as discrete, networked archives.

The poetic structure that binds The image pool, a unique collection of 120 found photographs, hinges on the image of the sphere or the circular aperture. Each photograph features a spherical form of some description, whether it is a soccer ball, the moon, a bubble, a hole or a lens. This repeated visual motif is an oblique metaphoric reference to the camera lens; a threshold that, as Pound himself notes, ‘is at once a hole that lets in a piece of the world and a pool that reflects it.’ This particular assemblage of photographs is both a tribute and elegy to the medium itself.

Many of the found images that populate this micro-archive, and indeed much of Pound’s work, are vernacular or domestic photographs not dissimilar to those found in a family album. Within the allegorically delineated scheme of Pound’s grouping each photograph communicates a narrative wholly distinct from the one initially envisaged by the photographer. Meaning shifts alongside context. Monopolising this fact, Pound enlists the principles of reorganisation as a means of expression. His found photographs are not simply a record or remnant of the subjects they depict, they are documents of their own distribution. Pound is as interested in photographic transmission as he is in the photographic object. These photographs have found their way into his clustered compositions through circuitous pathways; from the album to the flea market, eBay or other online search engines. In each of these contexts, the photographs are fluid signifiers. While they may be evidential or indexical traces of reality, they invite any number of interpretations depending on the context of their display. Pound’s constellations participate in the ongoing mutation of meaning that shapes the photographic archive. His bower bird methodology intercepts the avalanche of images in circulation today and maps lines of unexpected association through the chaos.

Browse other works by Patrick Pound