Winter, from the series Small works selected by the author vol. 1 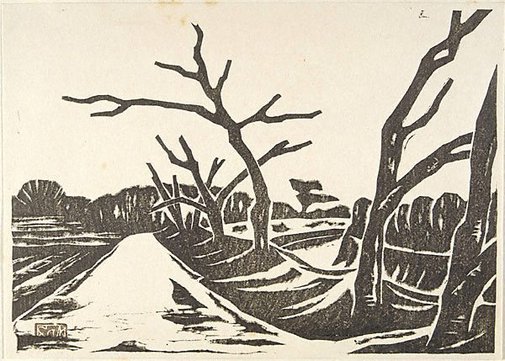 Fukazawa's poignant images of urban landscape are representative of a distinct aspect of modernism in Japanese prints. A number of modern print artists, who were inspired by Western modernism, chose this new landscape to express their affinity to modern icons. This contrasts the New Print artists such as Yoshida Hiroshi who chose to depict traditional subjects in a new spirit.

This series of small prints selected by the artist includes many early works, which, while revealing the Western influence, show the artist's distinct technique described by Onchi Kôshirô as 'shallow block-cutting with gouge' (the two 'still life' prints).

Browse other works by Fukazawa Sakuichi 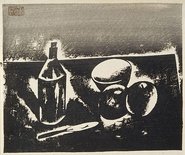