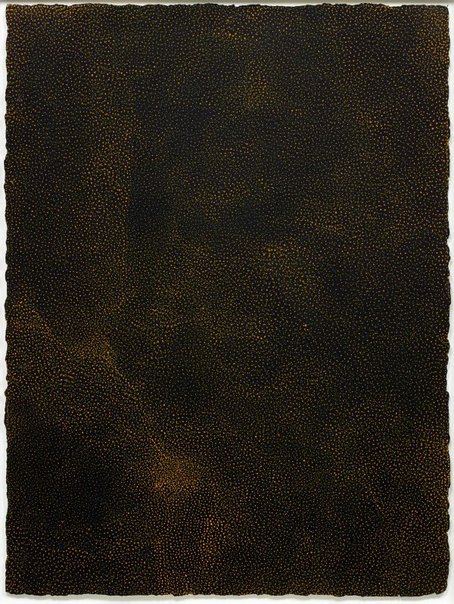 Utopia is located in the north-west corner of the Simpson Desert - country that was annexed by pastoral leases in the 1920s. It lies on the lands of the Anmatyerre and Alyawerre people, who maintain close connections to this country.

In the late 1970s a series of adult education classes were run in the community to develop skills and experience in the wake of the introduction of equal pay legislation which saw many Aboriginal workers being dismissed from their positions as station workers. In addition to the very practical driver training classes, women were taught batik making. Despite the complexities of working with hot wax and the endless boiling of cloth to realise works in communities with rudimentary facilities, exceptional works were produced, bringing the work of the Utopia women to the attention of the Aboriginal art market. Years of painting in a ceremonial context informed their works and this was easily adapted to the medium of acrylic painting when this was introduced in the late 1980s.
Angelina Pwerle was one of the younger women to be part of the Utopia Women's Batik Group and the group of painter which followed. In recent years she has emerged as the leading artist of the community, creating refined, abstracted views of country.

Browse other works by Angelina Pwerle