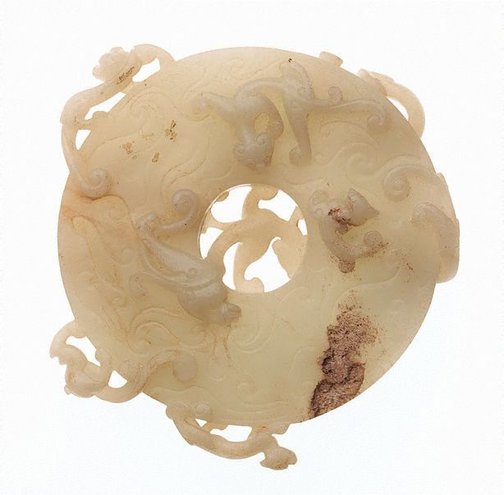 A perforated disc serves as a playground for nine 'chi' dragons, or young or immature beasts, with the seven smaller figures apparently belonging to the same litter. The centre dragon sticks its head and upper body through the perforation. The incision of cloud patterns underneath the dragons adds to the sense of mystery. The 'bi' disc, which was believed to be an offering to heaven during the Bronze Age, was one of the most enduring ritual jades in ancient times with its use spanning the Neolithic period to late imperial China.