House by a canal 5 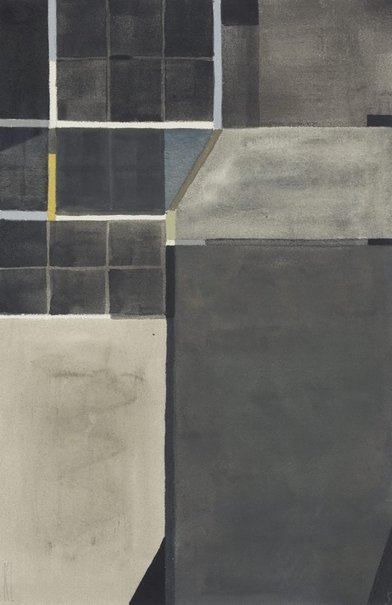 'House by a canal 5' is one of a new and succinct series of watercolours and related paintings that Kevin Lincoln started in Holland in September – October 2006 and continued on his return to Melbourne. It was his first visit to Holland and only his second to Europe.

Staying on the outskirts of Delft, he was struck by the facades of nineteenth-century houses along the canals of Dutch towns, especially the large facetted windows that are such a feature of old Dutch houses. The colour and tonality of Dutch light appealed to him, as did many Dutch artists – from the early twentieth century such as George Hendrik Breitner and Willem Witsen, as well as modernists such as Piet Mondriaan, those from the De Stijl movement and post-war moderns like Armando.

Kevin Lincoln
House by a canal 5