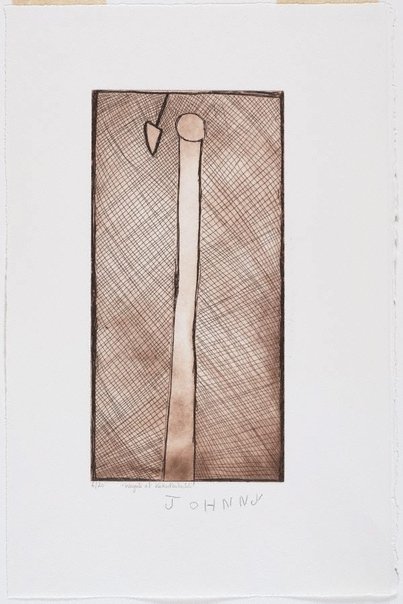 This etching refers to a site, Kakodbabuldi, which is an outstation in Dangkorlo clan estate in the Mann River region. Kakodbabuldi is a Mardayin ceremony performance site and is located on a large billabong covered in waterlillies. This place is about 50km south of Maningrida in Central North Arnhem Land. John Mawurndjul has also depicted wayuk - white waterlily - that cover the billabong.