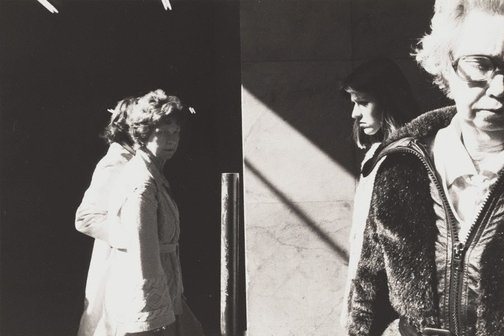 Tyssen’s ‘People series – city light’ from the late 1970s dramatizes the stark alienation of the urban landscape. These snapshots of unaware and unassuming pedestrians are studies of light and form. The figures are splintered between the angular architecture of the streetscape and the harsh contrasts of light and shadow that dominate the image. Some of these photographs place the central figure in sharp relief and read like astute character studies while in other works the identity of each subject is subsumed by the irregular geometry of the composition.