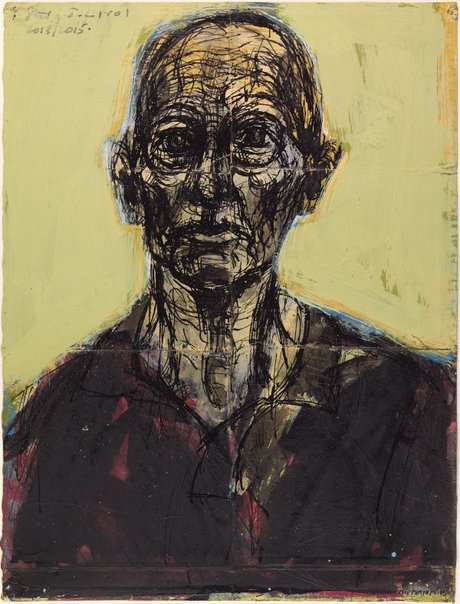 David Fairbairn has created a significant body of portrait drawings over the past two decades. He spends many hours in the studio with his sitters, generally family, friends or local people, sometimes for up to sixteen months at a time. The subject of this drawing is John Lascelles, artist and former Head of Visual Arts at West Wollongong TAFE. In the studio Fairbairn makes small sketches and notes before developing them into more resolved works. Working directly with his sitter in the studio is essential, both in the art making process and the passing of time together, including the small differences that each day brings in the sitter and the space.

“My portraits represent the transience of life itself… the passing in time both in life and in the studio. Each work represents a period of time that has passed during the sitting: you cannot capture that in a photograph” (David Fairbairn, 2011).

Browse other works by David Fairbairn 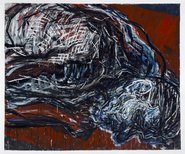