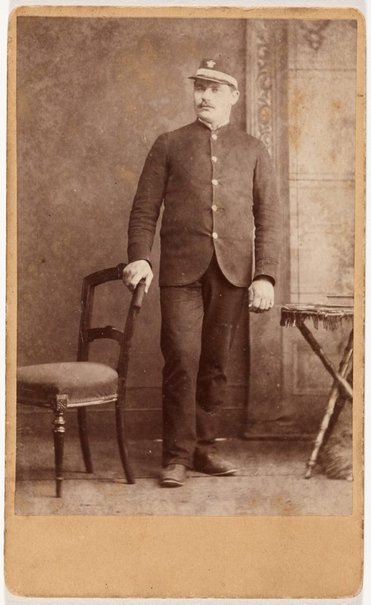 James Manning was a professional photographer and clerk who arrived in Western Australia with his family in 1850. Manning’s father, James senior, was a civil engineer and had been appointed clerk of works to oversee penal facilities. Manning was initially employed as a clerk in the Postmaster General’s Department. He turned to photography in the early 1860s, going into partnership with a fellow photographer called Knight. He toured Europe to learn of the newest developments in photography in 1867 and on his return worked as an itinerant photographer in Victoria and Western Australia. In the 1870s he ran a successful portrait studio in Perth popular with the well-to-do, continuing there until 1891.