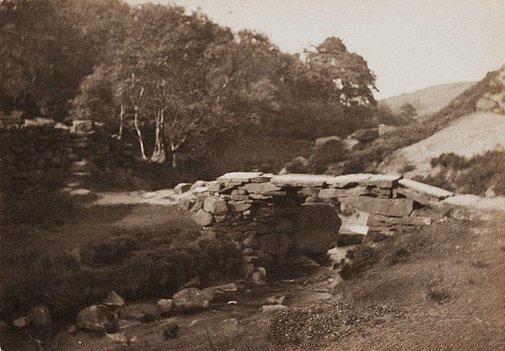 Working as a banker from the age of 16 to the age of 60, William R Bland is indicative of the number of serious amateurs who, through membership of local photographic societies, became a significant part of a wider community of pictorial photographers. Bland took up photography at the age of 40, initially in order to instruct his son on the use of a camera, and subsequently joined and exhibited his work in local photography clubs. Through the influence of fellow photographer J Page Croft, Bland became increasingly concerned with photography’s potential for artistic expression and with evoking the mood of his subjects, particularly in the atmospheric impressions of landscape. To achieve this vision, Bland’s developing process was slow and deliberate; he preferred to work on a few prints each year to perfection, rather than create a prolific output. As well as exhibiting his work, Bland was also known as a photography critic and competition judge, particularly through his work in each of these guises with the Royal Photographic Society in London of which he was made a fellow.

As one of his most well-known works, ‘The Bronte Bridge, Haworth Moor’ was one of a series of landscapes produced to illustrate a new Brontë edition for the publishers Smith Elder and Co (the original publishers of the Brontë sisters’ books), attesting to Bland’s participation in photography at a semi-professional level. With richly modelled shadows, ‘The Bronte Bridge, Haworth Moor’ portrays an intimate reflection of the landscape poetically immortalised in the Brontës’ writings.