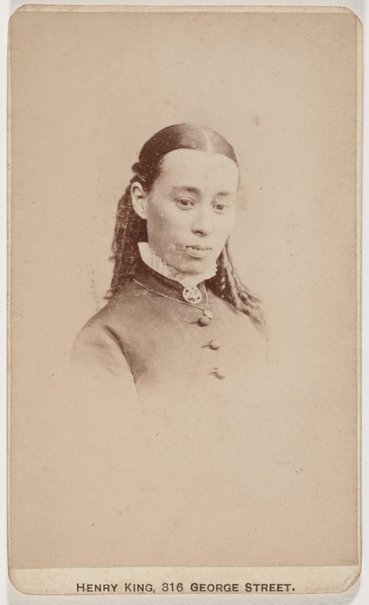 Henry King was a successful and prolific Sydney-based professional photographer who trained in the studios of John Hubert Newman before establishing his own studio in 1880. Born in England around 1855, he came to New South Wales about 1857. He travelled widely through eastern Australia photographing mainly Aboriginal people. At the World Columbian Exposition, Chicago 1893 he was awarded a certificate and bronze medal. With the invention of the dry plate process he spent more time on street scenes and views. After his death, King’s collection of negatives was purchased by J R Tyrell and now resides at the Powerhouse Museum. In 1975 an exhibition of his Aboriginal portraits was held at the Australian Centre for Photography, Sydney.