Veruschka as Veruschka and as a man, advertising campaign for 'Dormeuil Frères' 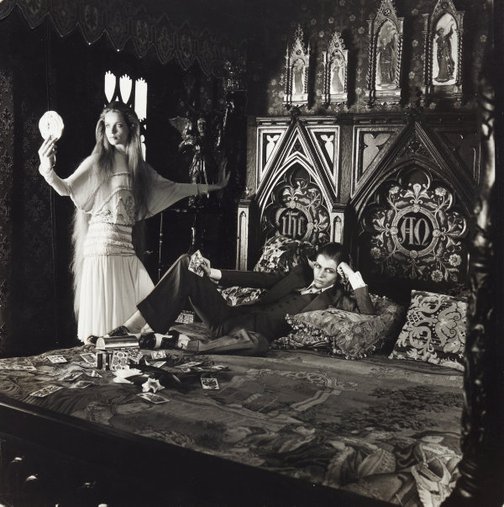 Alec Murray is well regarded as an inventive portrait and fashion photographer. He began his career in Australia working with portrait photographer John Lee. He later worked as a photographer for the Navy. After the War his fame as a well-known portrait and social photographer culminated in a book of his portraits entitled 'Alec Murray's Album', published by Sydney Ure Smith. This book remains an extraordinary document of post War Australian high society and bohemia. In 1948 he moved to London where he was widely published, working for a variety of magazines including 'Paris Match', 'Queen' and 'Flair' as well as continuing to publish in 'The Australian Women's Weekly'.

The Dormeuil Frères campaign was radical in its day with the androgynous 'Veruschka' playing all parts. Published extensively in 'Nova' and other fashion magazines the campaign revolutionized the perception of men’s suits.

Alec Murray
Veruschka as Veruschka and as a man, advertising campaign for 'Dormeuil Frères'

Browse other works by Alec Murray