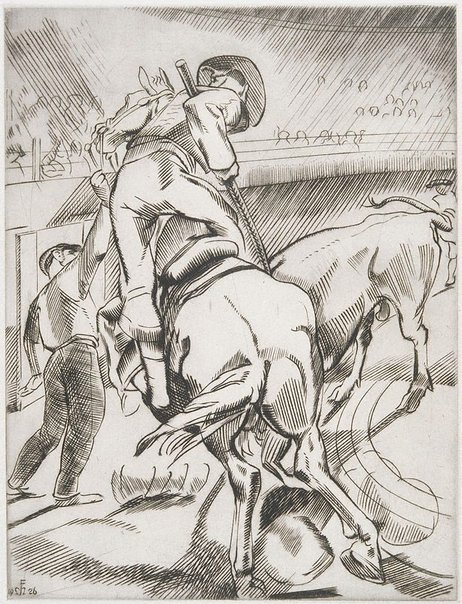 Like many British and Australian artists of his generation, Frank Medworth had a love for the Mediterranean, and took several
painting tours in Spain and France. These engravings are from a series of four depicting a bullfighter in the ring. He also made engravings and wood engravings of Spanish ports and village scenes, and a series of linocut postcards, ‘Jottings from Spain’. 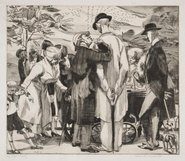