Chief of the Mamelukes on horseback, calling for help 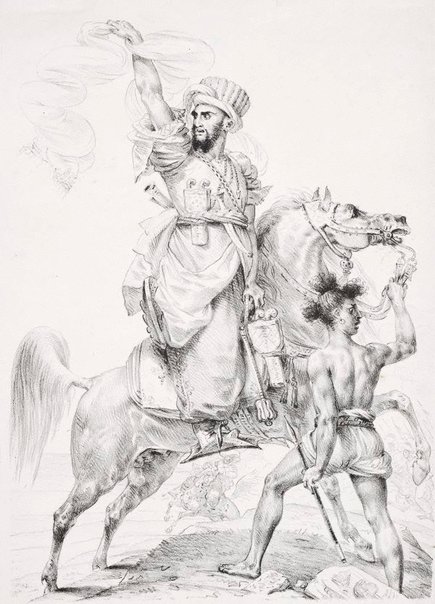 Gros was one of the leading painters during the reigns of Emperor Napoleon, King Louis XVIII and King Charles X. He made only 2 lithographs, both inspired by orientalist themes. Interest in the Orient was at its height because of the Napoleonic campaigns in Egypt and Syria. The mamelukes were defeated by Napoleon at the Battle of the Pyramids in 1798. But so impressed was Napoleon by the ferocity of their warfare that he recruited his own regiment of mamelukes as part of the Imperial Guard.

Antoine-Jean Baron Gros
Chief of the Mamelukes on horseback, calling for help