Portrait Marina looking, from the photoessay Paradise is a Place 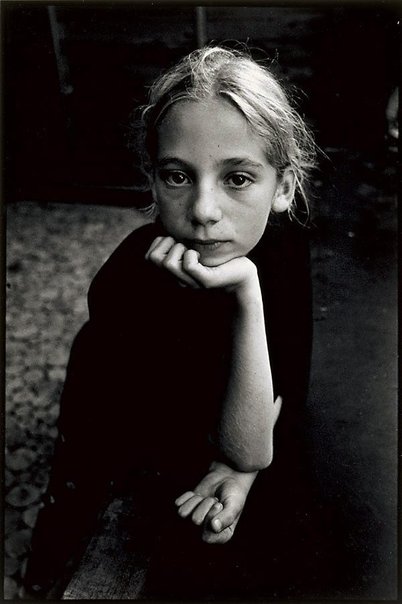 Sandy Edwards is one of Australia’s leading documentary photographers. She has worked as such for over thirty years. Her work has been extensively published in the mainstream press, and she has participated in many important commissions including the ‘CSR Pyrmont Refinery centenary project’ 1978. Edwards was the joint curator of the public art program, ‘Sydney Airport 2000 art project’. She continues to work as a freelance curator and photographer.

Throughout her practice, Edwards has shown a commitment to the portrayal of political and social issues. Previous bodies of work in the Art Gallery of New South Wales collection depict the life of the worker (the CSR project) and the Aboriginal community at Brewarrina, NSW (‘Welcome to Brewarrina’). Portraiture features strongly in Edward’s oeuvre, particularly the depiction of women. She sees the potential for photography to act as a ‘passport’ allowing access to other people’s lives. Edwards likes to develop a degree of trust and intimacy between herself and her subject, recognising that while the camera observes, the photographer participates socially with those he or she portrays, leaving a record which can reveal much.1

‘Paradise is a place’ is a series of works documenting the childhood and early adolescence of Marina, a friend of the photographer. The photographs were taken over an eight year period in the 1990s, at Tanja, on the far South Coast of New South Wales, where Edwards took her annual summer holidays with Marina, her family, and various friends.

These images portray the innocence of a child’s life before the pressures of adulthood. Marina’s pleasure and ease within her environment are apparent in various photographs as she cradles a goose, contemplates a goanna and swims in the ocean.

The series suggests a simple, carefree time in a coastal idyll and invites nostalgic thoughts of childhood. However it also contains overtones of loss. In ‘Portrait of Marina looking’, the central character stares pensively at the viewer, hand supporting chin. In contrast to earlier, playful works, this photograph hints at the loss of childhood naivety that accompanies the progress through adolescence to the rigours of adulthood.