View on the Dhal Canal, Kashmir 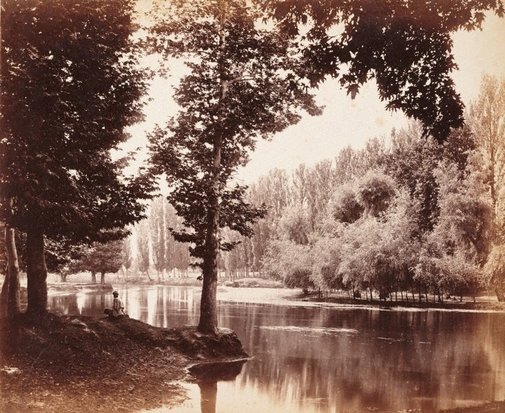 During his seven years in India, Bourne travelled around and photographed the country extensively. Some of his work was published in a catalogue series called ‘Photographic Views in India’. He made three celebrated photographic expeditions to the Himalayas between 1863 and 1866: to Kashmir, to Chini and Spiti, and to the source of the Ganges at the base of the Gangotri glacier. Bourne's photographs of mountain scenery were ground-breaking and also extremely difficult to take and process in the fierce Himalayan cold.

This is a view looking across the Dal Canal in Kashmir and is from the Album of Indian Views compiled by Bourne in 1864.

Browse other works by Samuel Bourne 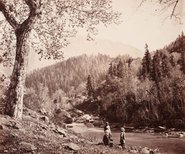