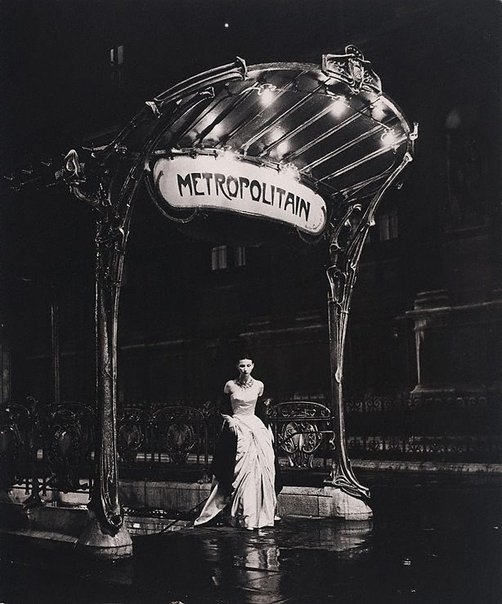 Before leaving for London in 1948, Alec Murray was one of Australia’s best-known celebrity photographers. Born into an established Adelaide family, Murray began his career in Sydney in 1941 working with the portrait photographer John Lee. After serving as a photographer in the Navy during the Second World War he lived in Sydney’s legendary bohemian haunt, Merioola. The best of his portraits were published in 1948 in ‘Alec Murray’s album’. Like Beaton’s 1930 ‘Book of beauty’, it featured the young beauties and dowagers of Sydney, Adelaide and Melbourne, and included artists such as Donald Friend and Russell Drysdale. Published by Sydney Ure Smith, the book remains an extraordinary document of postwar Australian high society and bohemia.

In London, Murray worked for a variety of magazines, including ‘Paris Match’, ‘Queen’, ‘Flair’ and ‘Australian Women’s Weekly’. Among the first photographers to shoot outside and on location, Murray forged new ground in the 1950s. His photograph of a ball-gowned model beneath an extravagant Paris Metro entrance shows his exceptional ability to dramatise, suggesting the lingering glamour and melancholy after the ball is over. The sense of the ending of things that suffuses this evocative night-shot can also be read in terms of the last of Paris haute-couture’s glory days. In 1959 the ready-to-wear revolution was changing the face of fashion and fashion photography, and the ‘hip’ informality of the beat generation was already being re-interpreted by Yves Saint Laurent, Christian Dior’s successor. Murray’s image bids farewell to the formal elegance of the 1950s.

Browse other works by Alec Murray 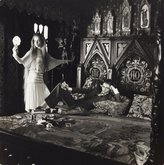