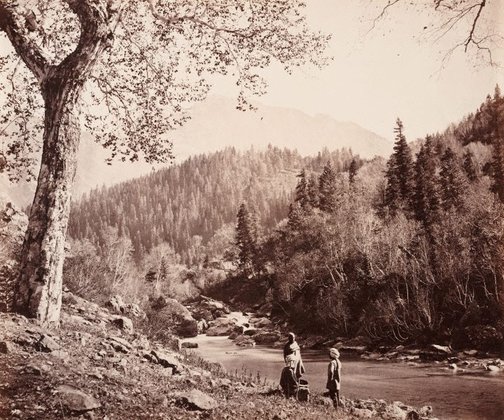 During his seven years in India, Bourne travelled around and photographed the country extensively. Some of his work was published in a catalogue series called ‘Photographic Views in India’. He made three celebrated photographic expeditions to the Himalayas between 1863 and 1866: to Kashmir, to Chini and Spiti, and to the source of the Ganges at the base of the Gangotri glacier. Bourne's photographs of mountain scenery were ground-breaking and also extremely difficult to take and process in the fierce Himalayan cold.

This is a photograph of the cascades on the Indus (also known as the Sindh) river from the ‘Strachey Collection of Indian Views’ taken by Bourne in 1864.

Browse other works by Samuel Bourne 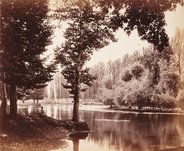