A pair of bowls with floral design 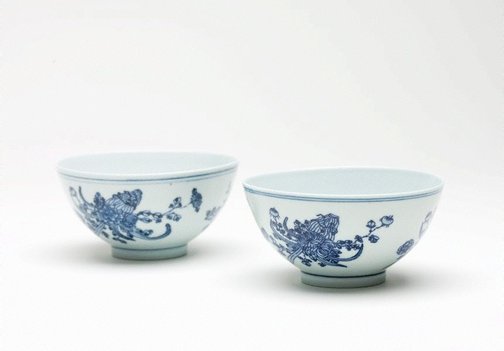 In the early 1920s, four major department stores opened in Shanghai's famous commercial centre, Nanjing Road: Yong'an, Xianshi, Xingxing and Daxing. They did not only retail but also were involved in manufacturing goods, such as ceramics. This pair of bowls were manufactured by Daxing, the largest company among the above mentioned four, and is verified by the four character mark that appears on the bottom, which reads: 'Daxing zhenping' (treasure of Daxing).

A pair of bowls with floral design