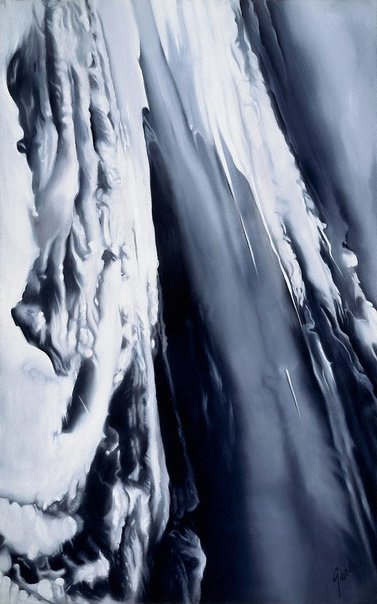 In his 1997 essay ‘Art after the end of art’, Arthur Danto proposed that when modernism as a project had finally ended, Western culture had entered a ‘post-historical’ phase.1 The older sense of the history of art as an evolving succession of developments – or pictorial innovations moving along some 180 degree pipeline – had been supplanted by Danto’s idea that at any one moment anything is possible. This view of history-as-finished entailed a refusal to take a period or style as a dominant model. In other words, no longer could you assert a strict rapport between a form of art and the time in which it was made. All styles, eras, forms are put in the mix in a kind of eclecticism.

Sydney-based artist Matthys Gerber paints pictures in a bewildering array of styles. With virtuoso skill, Gerber can reproduce all kinds of genres – still lifes, abstractions, landscapes and portraits – often with a slick, cartoonish or sardonic effect. Beyond modernism, with Gerber, anything is possible.

Gerber’s irony is so incisive, his balance of celebration and condescension always so perfect, that his work leaves you teetering. Is it kitsch or is it sublime? Is he serious or is he kidding? By selecting banal, moribund or discredited techniques, he gives the impression that traditional painting has just been saved from a plane wreck, and though still in shock is rehabilitating in a hospital zone.

Born in the Netherlands, Matthys Gerber moved to Australia in 1972. Largely self-taught, he now lectures in painting at Sydney College of the Arts. His European heritage, including European romanticism, surrealism and the work of Gerhard Richter, have clearly played a part in modifying Gerber’s sensibility, not least the greater authority in the role of the artist in public culture in Europe, compared to in Australia. Gerber also cites the pop influence of Andy Warhol, and of an art culture capable of telescoping all values into the seductiveness of things for sale.

These tonally unified cloud paintings marked a transition between his hyperrealist paintings and a move to abstraction. They also relate to his earlier series of Rorschach paintings and paper cut-outs which, alluding to the process of psychoanalysis, provoke the viewer’s predisposition to create associations with the subject matter of painting. Clouds live in an amphibious location: they appear half figurative, half abstraction. Clouds befuddle classification, or at least classification based on form. It’s hard to get traction as you immerse yourself in the immensity and gaze at the indeterminate nature of clouds. Yet whereas ‘Clouds #1’ is more abstract, severing most connections of resemblance in nature, ‘Clouds #2’ suggests baroque bodies and disconcerting orifices. These threatening, billowing shapes at once ravish and frustrate the eye.

Browse other works by Matthys Gerber