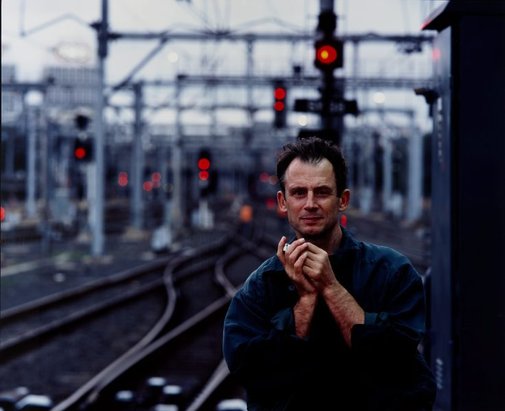 Born in Sydney in 1946, Weight is a respected fine art and portrait photographer. He has built up a significant collection of portraits of Australian artists over the years. He is represented widely in public and private collections. His most recent exhibition 'Around The Rocks' 2002 was seen this year at Clyde Bank in The Rocks. The National Library of Australia has acquired over 100 of his portraits, which are currently being collated into a book.

Jim Conway is a highly accomplished harmonica player whose distinctive style is well known to blues, jazz and country enthusiasts. He has played with various bands including The Captain Matchbox Whoopee Band, which he formed in the 1970s with his brother Mic Conway, The Backsliders, and Big Wheel, which was launched in December 2002. Conway developed multiple sclerosis in the 1970s and is now in a wheelchair but this has not stopped him touring extensively around Australia. "He has great charisma. It's always an electrifying atmosphere when he performs because he plays the harmonica with such inspiration", says Weight.

Weight first photographed Conway three years ago and when he heard about the Portrait Prize, he decided that it was Conway he would like to photograph again. He photographed Conway on the longest platform at Sydney's Central Station in late afternoon. "I've always thought of railway tracks and train stations as a bluesy kind of location, with that traveling atmosphere", he says "It was a late afternoon and the light was as it is in the photograph. Jim makes this train sound on his harmonica so it was a very moving scene because it so suited him. The tracks are like a metaphor for his wheels and the out of focus background is like a visual interpretation of a blues song or tune. When Jim plays he punctuates some notes with sharp jabs, others have a long drawn-out whine to them. The red lights in the background look like his punctuated high points and the soft background is like the rest of the tune". Shortly after taking the portrait, Weight heard a song called "The Railroad Blues" and the title struck him as apt for the portrait.

Weight decided to crop out the wheelchair. "Whilst Jim is a great campaigner for the Multiple Sclerosis Society, he's a great human being. And as he said, 'the wheelchair is not me, it's not who I am or what I do'."

This work won the Australian Photographic Portrait Prize in 2003 and was acquired by the Gallery in 2003.