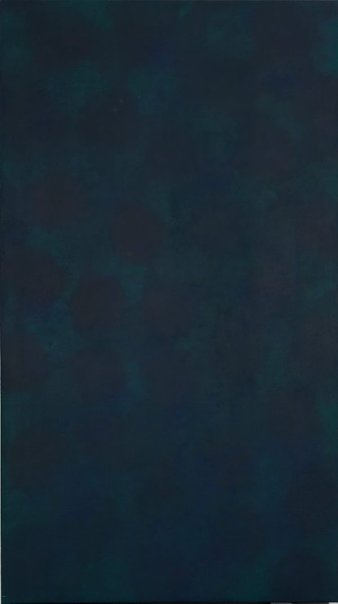 William Wright was born in Sydney in 1937. He undertook a Diploma in Painting at the National Art School in Sydney from 1954-58 and went on to study in Florence and London during the 1960s. His first solo exhibition was held in Edinburgh in 1965 shortly followed by exhibitions in London, Sydney, Melbourne and Adelaide. He was well known as an curator, lecturer and arts administrator.

These two paintings are from a peak period in Wright's art practice, painted during Wright’s stay in London in the 1960s when he was involved in the hard edge geometric and colour field painting, conceptual art, and pop art movements. Minimalism was also a lifelong influence to Wright, and the impact of these movements is obvious in the works. Although he continued to paint, Wright stopped actively exhibiting in 1968 and did not begin again until 2008, when he showed at Perth's Galerie Duseseldoef under the title 'Triptych', along with his artist wife Hilarie Mais and their daughter Jessica Mais Wright.

Browse other works by William Wright AM