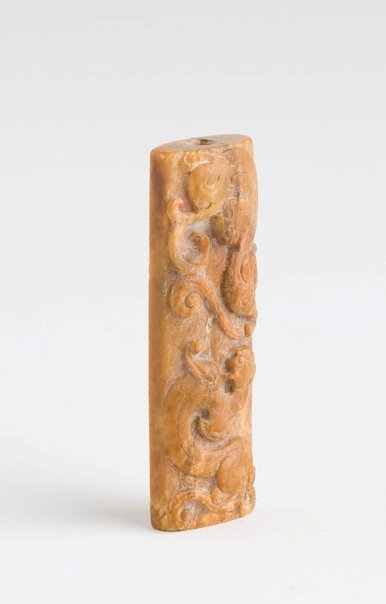 This rectangular ornament is carved on one side with a pair of vigorous feline-faced 'chi' dragons. The beasts writhe about, forming a graceful 'S'. The feline-faced creatures with tails that look like twisted bands are characteristic features of late-Han jade. The 'chi' dragon is defined as a 'young dragon of yellow colour' in the first Chinese dictionary, 'Shuo Wen Jie Zi' compiled in the 2nd century CE. This beast also appears on other jade ornaments such as small discs. Some scholars suggest a lizard, such as a gekko, may have been its inspiration.