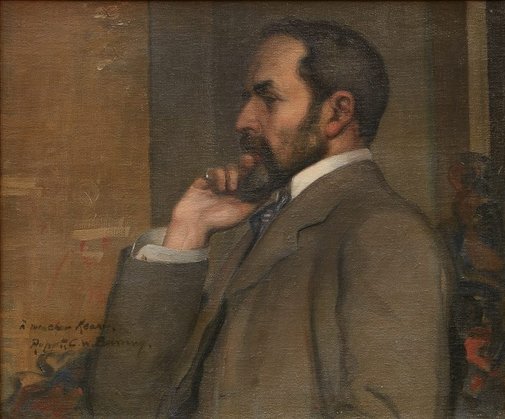 Rupert Bunny was Australia's most successful expatriate painter of the late 19th and early 20th centuries. He first moved to Paris in 1886 and made the city his permanent home by the early 1890s. Although he continued to exhibit works in Australia, the people, culture and artistic traditions of Europe informed the subjects of his art for most of his prolific career. Bunny was also socially well connected, immersing himself in the vibrant artistic culture of Paris of the early twentieth century.

While Bunny remains best known for this sensuous, dreamy images of women of the belle epoque, Bunny also worked in portraiture throughout his career. While he received major commissions of significant society figures in the early twentieth century Bunny's earlier portraits feature his associates, family and friends and his subjects are telling of the connections that Bunny's made throughout his time in Europe.

One of Bunny's exceptional early portraits is 'Portrait of C.F. Keary' (c1891). The subject of this work is Charles Francis Keary (1848-1917) a British author of works of history, philosophy and later fiction and poetry. He was also a medal winner (in 1894) of the Royal Numismatic Society and worked in coin and medals department at the British Museum.

'Portrait of C.F. Keary' reveals the impact of Whistler's essentialism, tonalism and emphasis on design on Bunny's early portrait work. The painting's overall subdued aesthetic and Bunny's approach to portraiture as a means of recording fact, are elements distinct from the colour emphasis and psychological and symbolist undercurrents that otherwise characterised his work from this period. 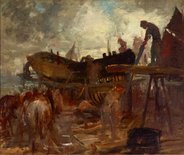 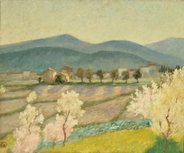 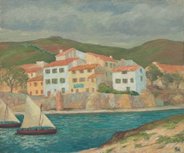 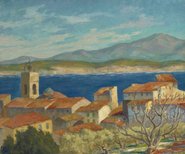