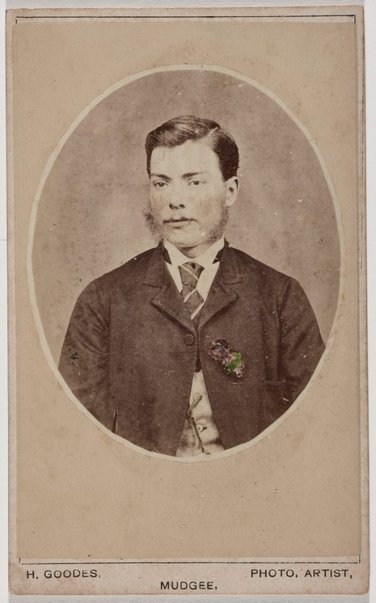 Henry Goodes was a professional photographer based in New South Wales and Queensland. He established a portrait studio in South Brisbane, Queensland, in 1856. By 1861 he was working in partnership with Olaf William Blackwood in Sydney and took over the business in 1863. From 1865 he worked as an itinerant photographer throughout rural New South Wales, advertising his services in Mudgee and Wagga Wagga.

Browse other works by Henry Goodes