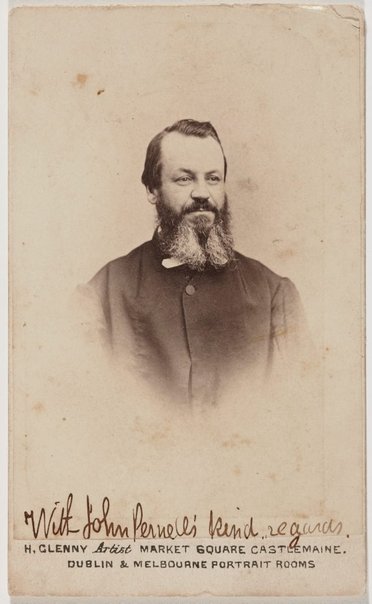 Henry Glenny was a professional photographer, journalist and entrepreneur. Born in Ireland, he arrived in Australia in search of gold in 1853. He established a photography studio known as the Dublin and Melbourne Rooms in 1857 in Castlemaine, Victoria, opening additional branches in Ballarat and Kyneton shortly after. The firms specialised in portraits and views of churches, streets and public buildings.