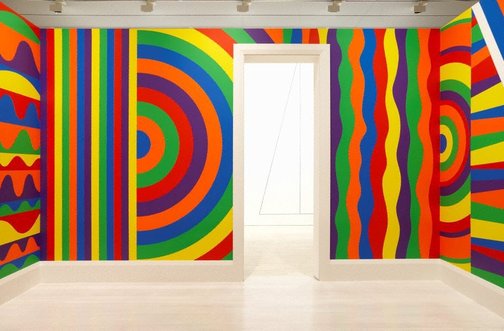 Sol LeWitt’s late works have been likened to Italian frescoes. LeWitt spent his last years in Perugia and the artistic traditions of the region were undoubtedly an influence on his work which, previously muted, became richly coloured. ‘Wall drawing #1091: arcs, circles and bands (room)’ embodies this change. Its exuberant colours – applied to the walls in thin layers that accrue until they became saturated – distinguish it from earlier muted wall drawings in the Kaldor Collection. Of LeWitt John Kaldor has said: ‘I really admired how, when aged in his late 60s, he had a renaissance – like Matisse with his paper cut-outs – and his work became more colourful, full of life and joyous.’ 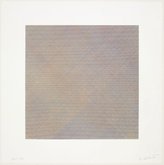 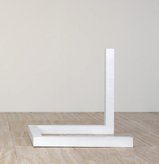 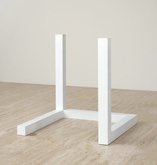 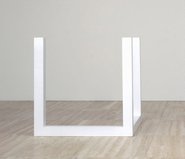